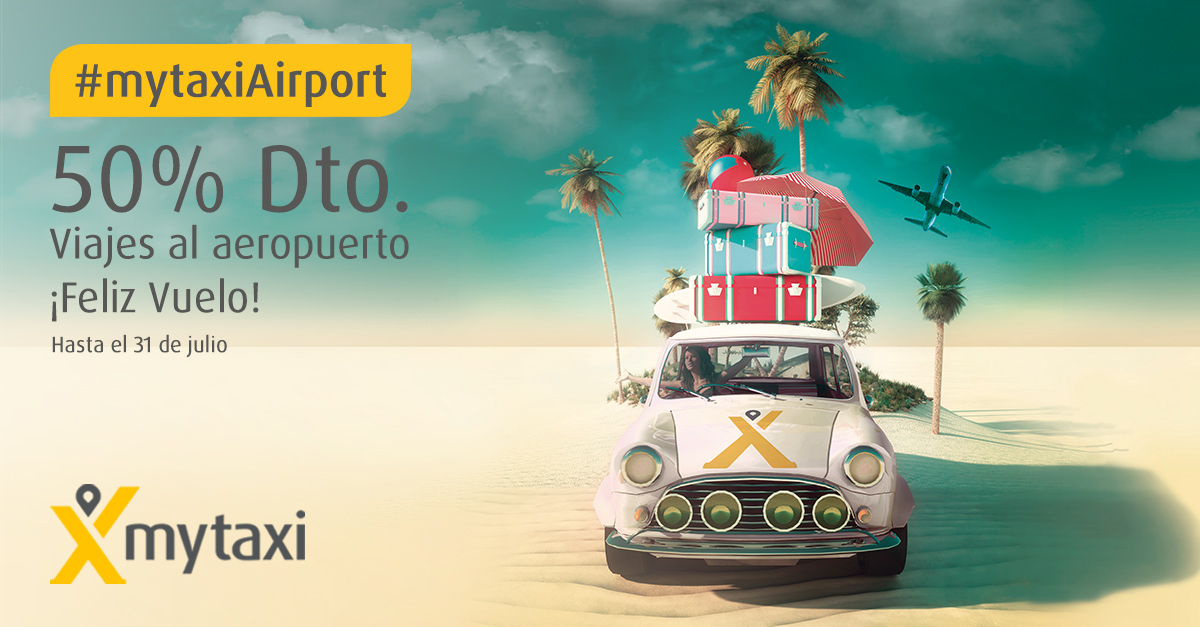 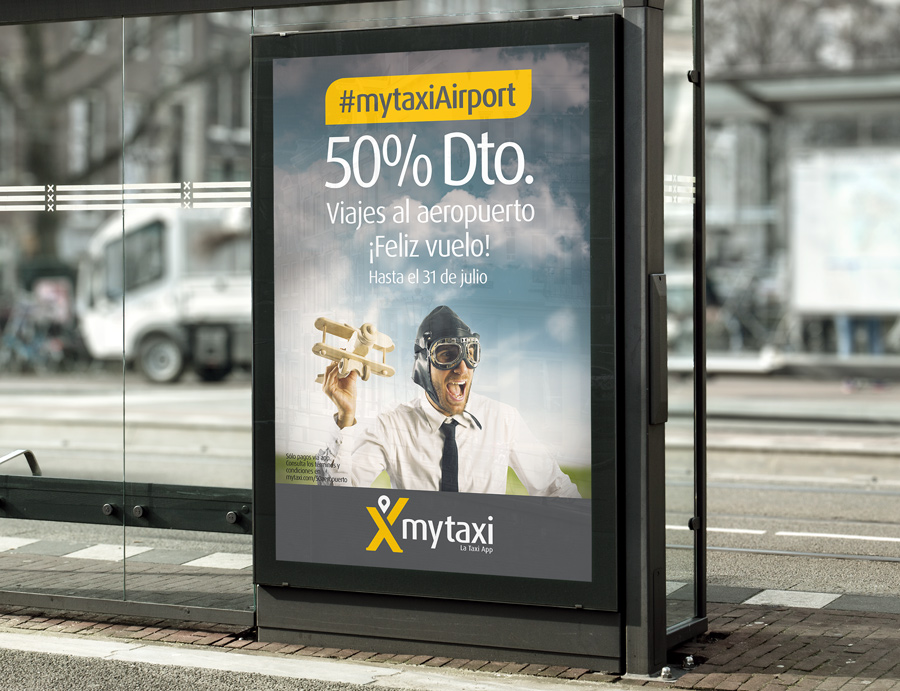 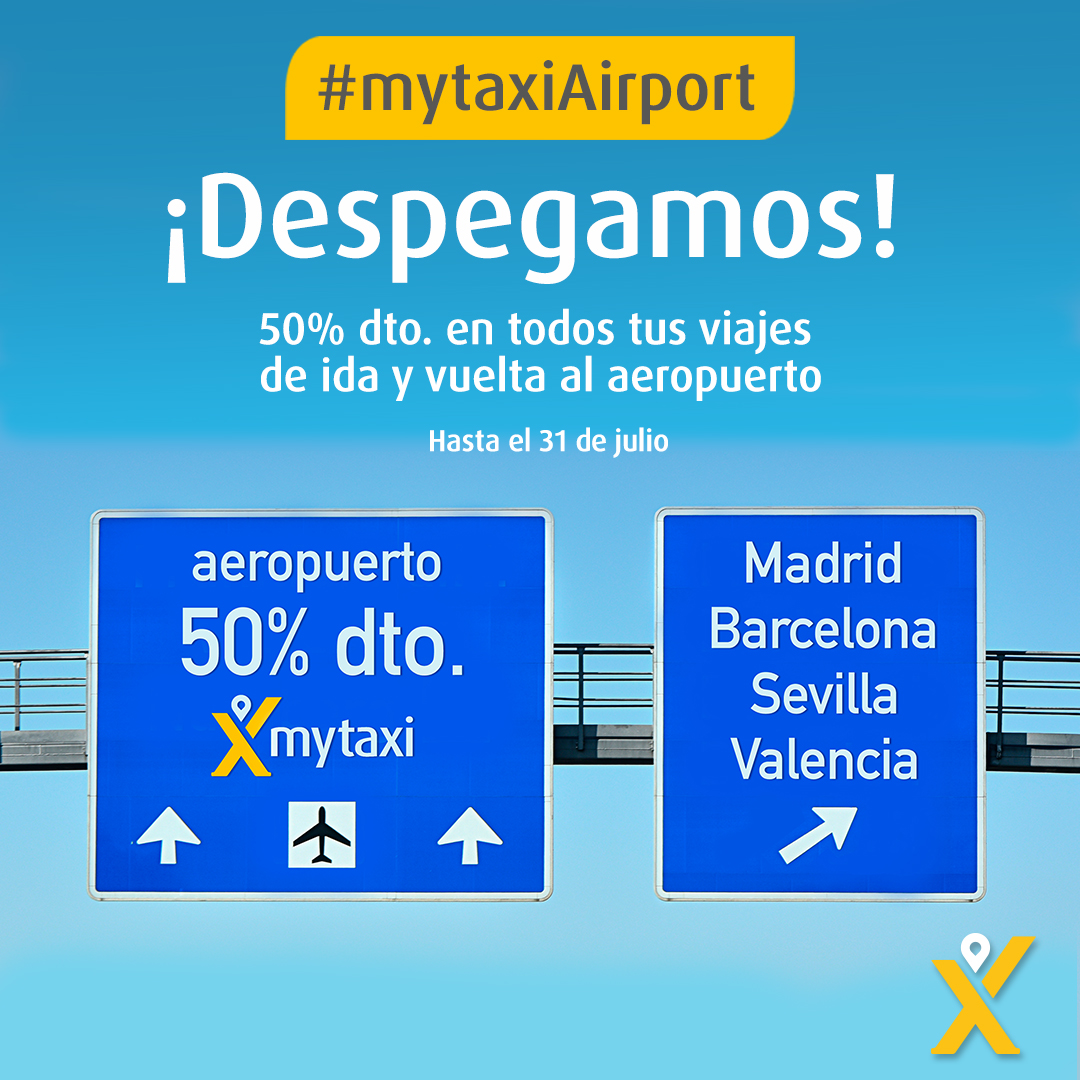 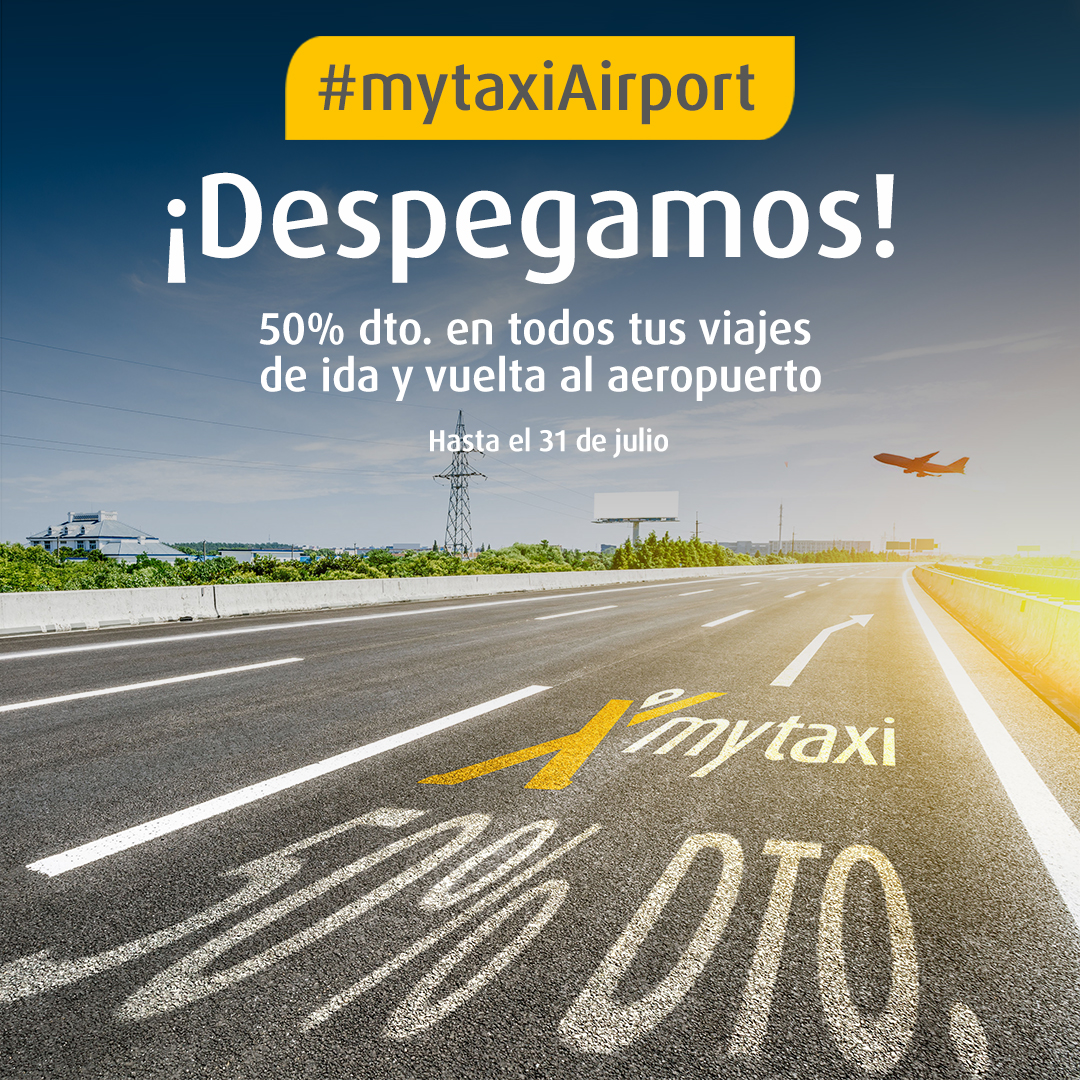 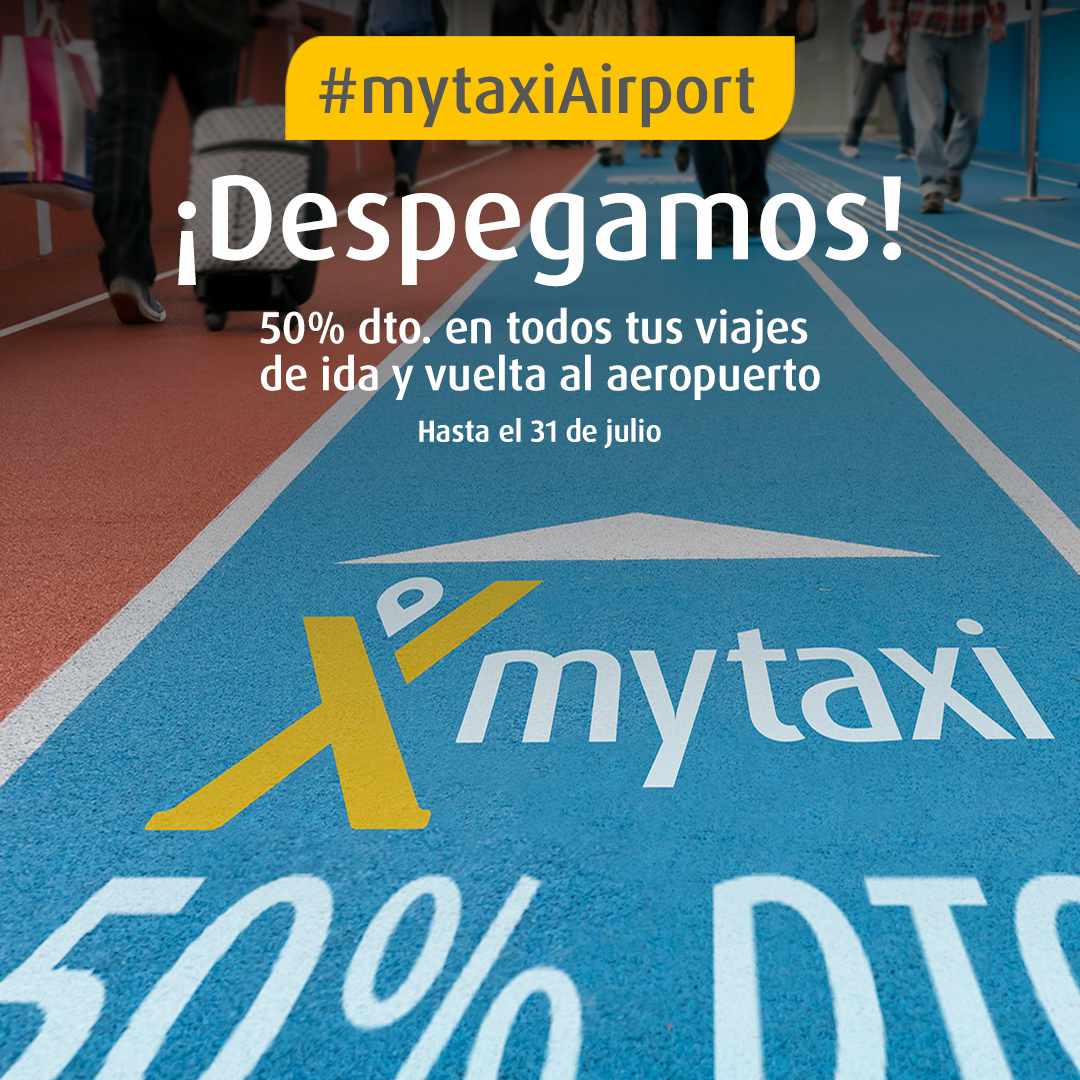 #mytaxiAIRPORT campaign to launch a new Mytaxi promotion; 50% off journeys to the airport (one-way or round trip) for the whole of July 2017.

Advertising content for social media, an online contest, and performance campaign. We have developed a graphical approach that plays with the universally-known features of an airport, like information panels, the baggage pickup and approach to the runway. In terms of concept, we have linked mytaxi to the holidays, positioning the taxi as the best option for starting your trip this summer. 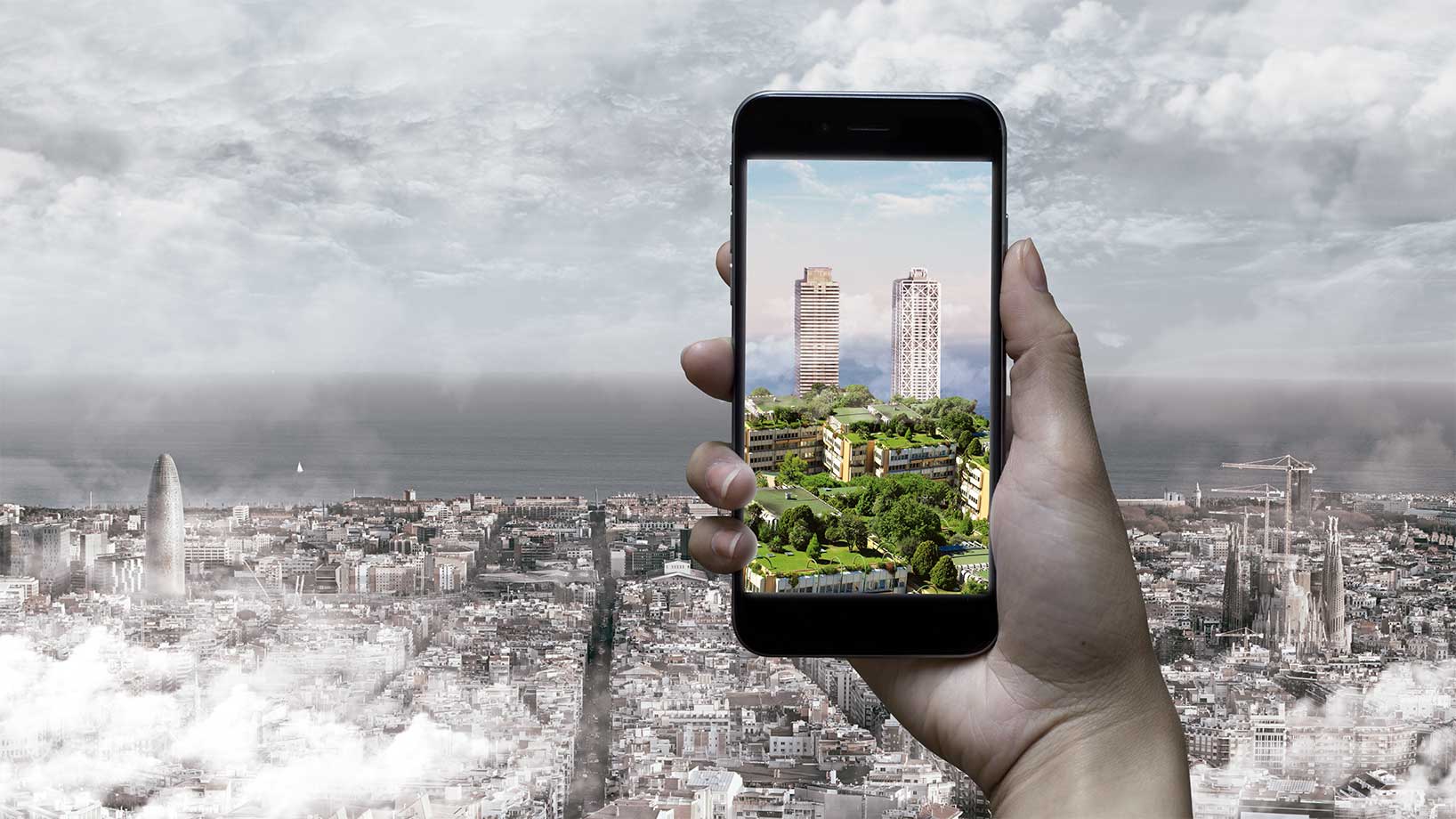 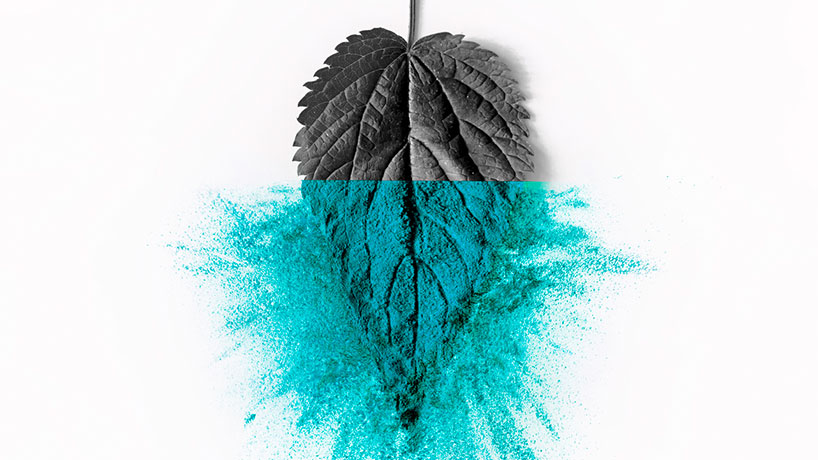 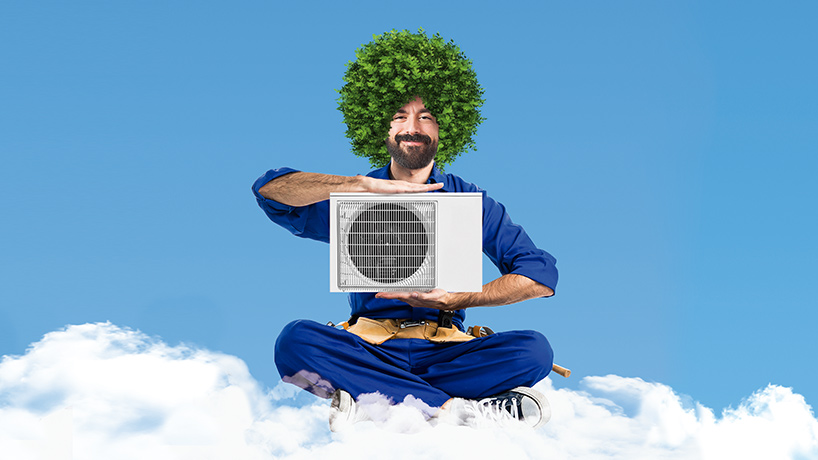